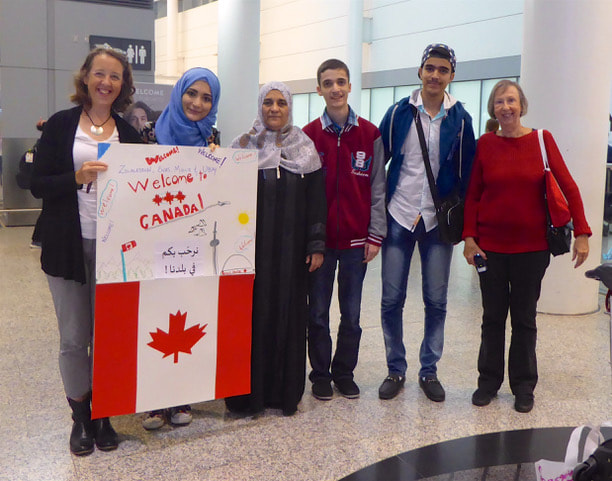 RRR: A History of Success

Roncesvalles Refugee Relief (RRR) is a group of friends and neighbours in the Roncesvalles neighbourhood of Toronto who came together in late 2015 to sponsor one refugee family.  Our fundraising efforts were so successful that we raised enough money to sponsor two families.  One family – mom, dad and two sweet little girls aged 6 and 4 years – arrived in Toronto from Syria via Jordan in July 2018.  Our second family, also from Syria, arrived just over two months later.  They had experienced a sad loss a year earlier when the father died suddenly of a heart condition. We were so happy to welcome mom, daughter and two teenage sons in September 2018.

RRR guided the families through the process of establishing their lives in a new country.  RRR members assisted with budgeting, resumes, enrolling in schools, training programs and job searches. The money we raised allowed us to cover all of the families' expenses during their first year in Toronto.  These expenses included rent, food, clothing, furniture, transportation, and other settlement costs.

We are thrilled that both families have “graduated” after their first year and have been successful in settling into life in Canada.  Our first family has welcomed a new addition to the fold, a beautiful little girl who was born in May 2019.  Dad is employed, mom is taking language lessons and the two young daughters are thriving at school.  Our second family has been just as successful.  Mom is taking English language lessons, the daughter is finishing her second year of university, and the two sons are attending college.

We commenced a fund raising effort in late 2017 to sponsor a third family. This time we decided to bring a multi-generational (13 member) Syrian family to Canada.  A baby boy joined the eldest son’s family in January 2020.  Sadly, the patriarch of the family died of COVID-19 in December 2020.  Four of the family members are living in Turkey and are enrolled in university (one is completing his PhD, two siblings are completing their Master’s degrees and one is studying Medicine).  Their attendance at university is financed through the UN.  Three family members are still in Saudi Arabia and six family members (eldest son, his wife and their four children) are living in the UAE.  COVID-19 has delayed the arrival of private sponsorship of refugees to Canada.  We are hopeful that we will meet some of these people in 2021 or 2022.

Visit our annual Update pages to see photographs of the families and other newcomer families assisted by RRR.

How we did it:

In the beginning, back in 2016, we partnered with Bloor Street United Church which guided us through the private sponsorship process.  We also partnered with CultureLink and Romero House, two refugee and newcomer settlement agencies in our neighbourhood.

The first two families RRR sponsored had to leave loved ones behind when they came came to Canada.  RRR’s new initiative is to sponsor their struggling, displaced family members. This is the focus of our current campaign.

As we await the arrival of the multi-generational Syrian family, RRR is fortunate to be doing two joint sponsorships with a refugee group in Australia.  The funds to resettle a family consisting of a widowed mother and five daughters, originally from Afghanistan, have already been raised in Australia.  The fundraising for the second Afghan family of four orphaned siblings has also been completed.  Both families fled Afghanistan due to increasing threats (including the murder of close family members) by the Taliban.  RRR will settle and support both families in Toronto.​
We look forward to welcoming and getting to know all of these new arrivals to Canada.

What is our goal?

RRR needs to raise approximately $145,000 to support the 13 relatives of our sponsored families.  We are now partnering with Roncesvalles United Church.  We will be financially responsible for their first year in Canada including food, clothing and transportation.  Our group will also have to assist their resettlement, helping with school registration, English language instruction, medical care, employment and accessing community resources. 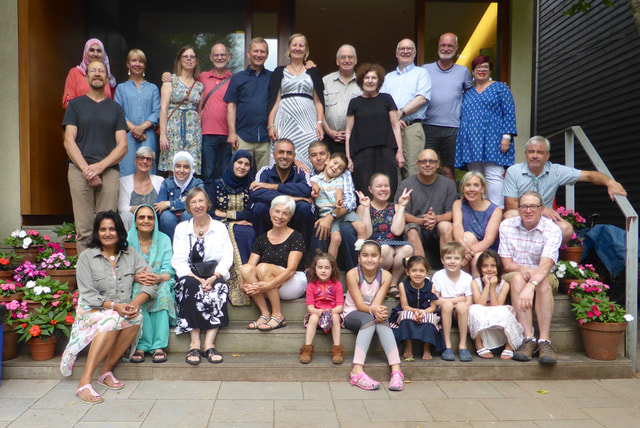